Unpopular opinion time: I don’t particularly enjoy my birthday. I dislike the attention, the fuss, and yes, even the gifts. Cake is welcome (because who doesn’t like cake?) but in most cases, I want to hide under a blanket for the entirety of the day.
There is, however, one exception to my allergy to presents, and that is in the case of experiential gifts. By that I mean instead of buying me something, take me somewhere. Let’s go do something! Doing something fun on my birthday and making amazing memories is a much better celebration than any gift that could be given.
That fact is the very reason why I chose to go whale watching for my birthday!

Okay, I tell a lie. The trip was actually organised by the International Exchange Office at UVic for all the incoming exchange students and it just so happened to fall on my birthday… but I can take a hint! I grabbed my ticket as soon as possible.

On the 29th, we met in Victoria’s Inner Harbour to catch the boat that would be taking us out along the coastline (and little did we know but also illegally out into US waters!)

It took a fairly long time to catch up to the whales we were looking for, but that gave us all ample time to chat to people on the boat and get to know one another. I was wholly unprepared for the weather being so beautiful too. BC had been described to me as a place that was permanently raining but I actually got sun burnt from this trip!

When we finally caught up to the pod, I had prime seating right at the back corner of the boat, closest to the whales. I learnt a lot from the on-board biologist. She explained that there are three resident orca pods that live around BC and Washington, and that they only eat fish – salmon in particular. They’re different from the kind of killer whales you see on shows like Frozen Planet where they knock seals off ice flows to eat them, and bully larger whales. These transient whales are always on the move and aren’t seen as often as the resident whales.

We couldn’t get too close because we didn’t want to distress them, but my 70-300mm lens did a very good job of fixing that problem! 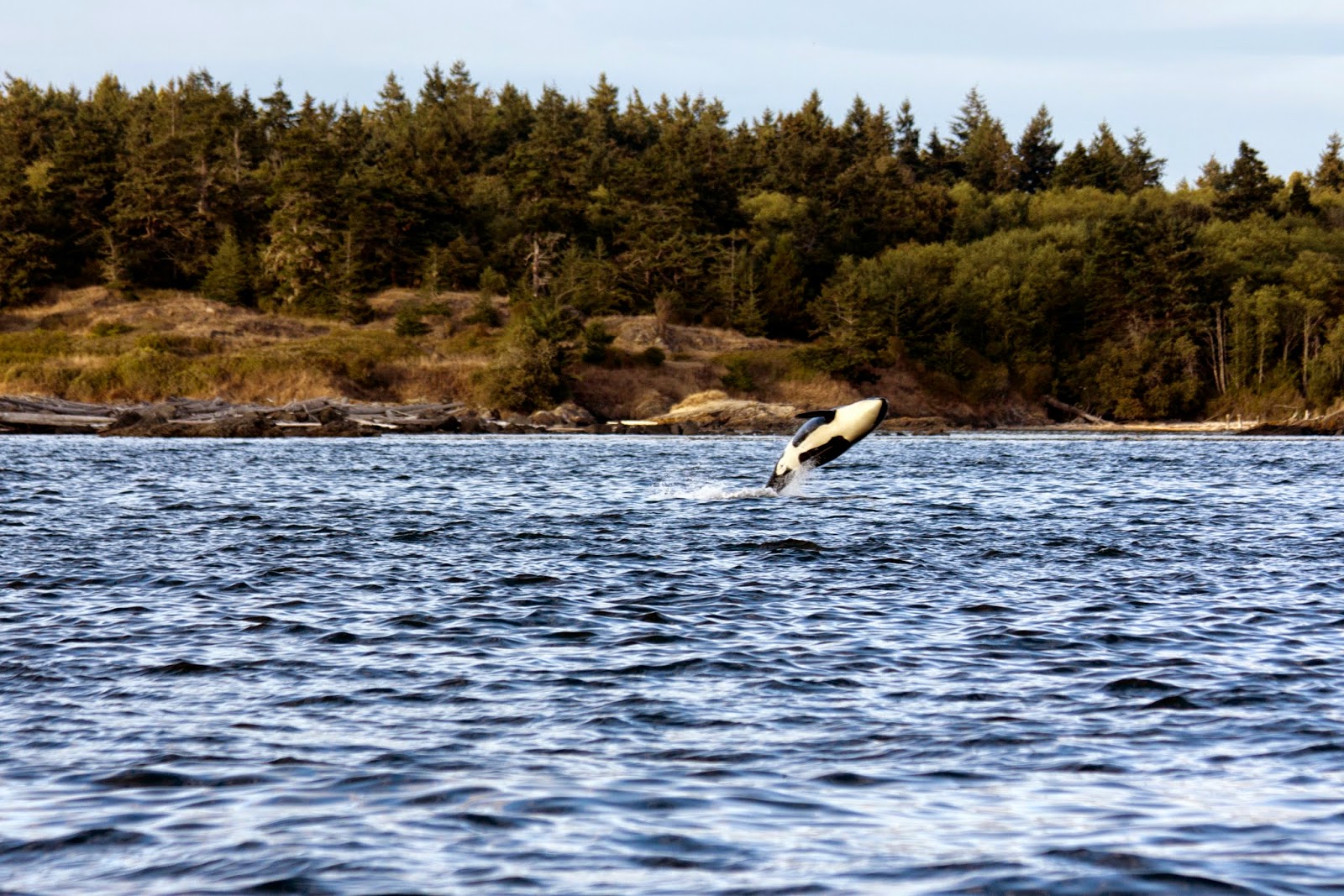 It was such a treat to see not one but two breaches (above) from the pod. I felt very luck to have seen them, and on my 20th birthday no less! Nevermind that I ended up getting pelted with seawater and almost froze on the way back to Vancouver Island. That’s not important.

With my birthday out of the way, I can now focus on the upcoming semester and panic about how I’m no longer a teenager. Oh god.
No comments yet
BC Birthday British Columbia Canada Coast Killer Whales North America Orcas Pacific North West Sea Study Abroad Victoria Whale Whale Watching Wildlife