With a packed day in Perthshire already under my belt, I woke up early the next morning but ready for another busy day. This time, we were heading to the Trossachs.

Now, I’ve been to the Trossachs a few times before but it’s usually just been to go to the gem that is Loch Katrine. I was quite excited to be seeing more of the area and in particular get to the coast.
As usual, we came through Callander.

And then it was up past the Glen Ogle viaduct again and across to Inverarnan, where we stopped to admire this incredible waterfall by the Drovers Inn.

From there, we joined Loch Lomond and drove down the west bank but turned off towards Arrochar.

At Arrochar, we found washed up seaweed and could smell salt in the air. Loch Long was the start of the sea lochs!

We gained in height to cross through the Argyll Forest Park.

It was suitably atmospheric…

We pulled over to admire this little ‘butter bridge’, so called, we think, because cattle would be driven over it way back when.

Another slight deviation on our tour were these highland cows. 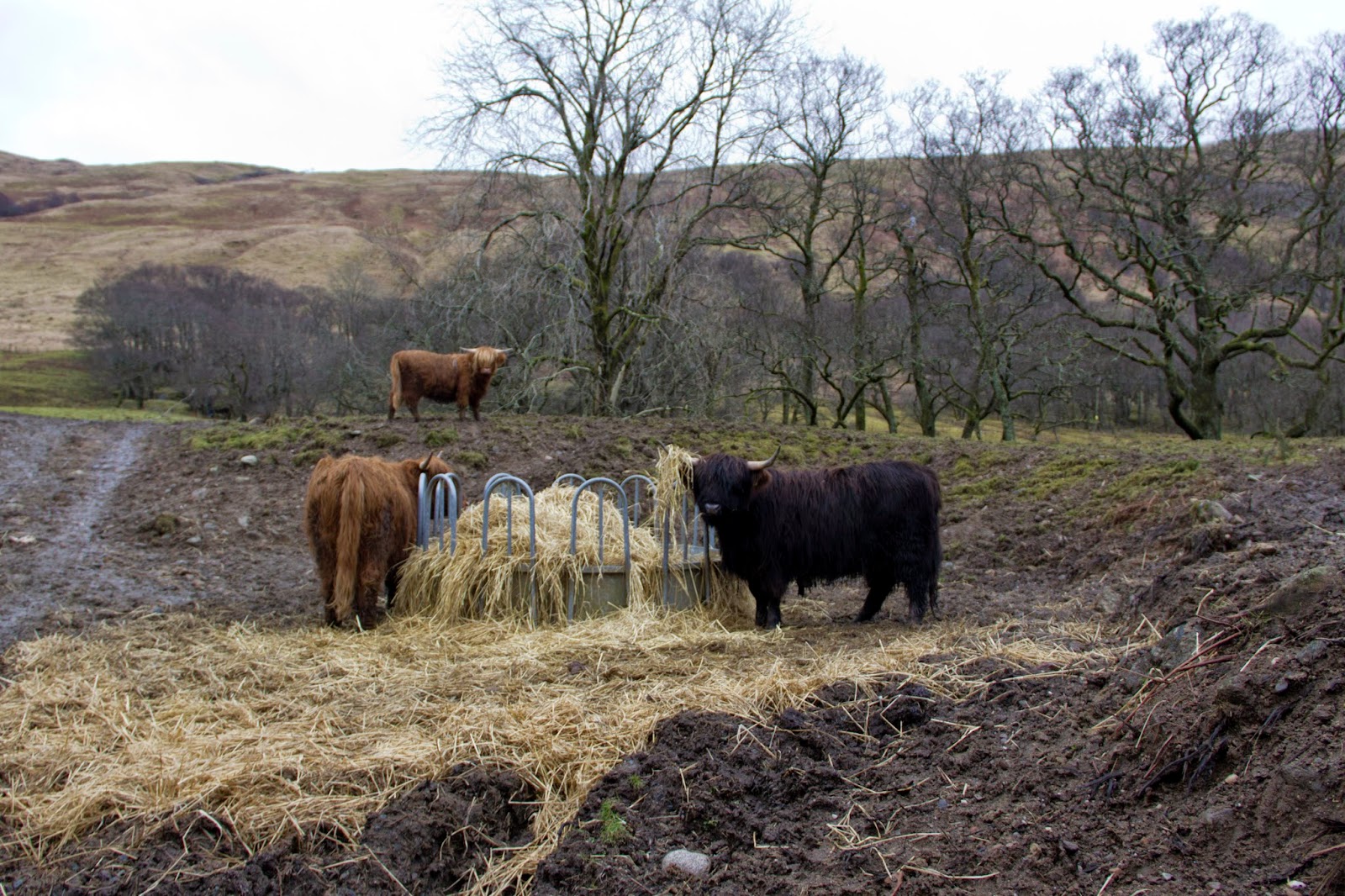 We finally made it to Inveraray in time for lunch!

After grabbing food in The George Inn, we took a walk along the promenade.

And then went to admire the castle!

It was unfortunately closed (or as the flag suggests, occupied!), but we had a good time exploring the grounds and imagining what the inside looked like.

It was a long winding road back. We stopped off by Luss, which was looking a lot more dark and dreary than when I had visited it last.

Last but not least was a final pit stop in Helensburgh, probably the biggest settlement we had seen since Stirling. Dusk was falling as we got to the beach, allowing for some atmospheric photos to end the day and our two day exploration of the countryside.
Perthshire | Trossachs and Sea Lochs
No comments yet
Argyll Bridge Callander Castle Coast Cow Europe Helensburgh Inveraray Inveraray Castle Inverarnan Lake Loch Loch Long Scotland The Trossachs UK Waterfall