Birthday getaways are my mum’s speciality. There I was, returned from the adventure of a lifetime in Africa thinking this summer’s travels would be over until I left to study abroad, but surprise! Weekend trip to Bath for her birthday!

I have been to Bath once before but it was to visit the university’s open day, so I didn’t really get a chance to explore the beautiful city. The limestone buildings are stunning so I’m glad I’ve finally had the chance to visit properly. I also had no idea that the entire city was a UNESCO World Heritage site until I was standing beside a sign that told me so! That makes a total of 25 sites I’ve visited so far (out of 1007…) with hopefully many more to follow.
We arrived Friday afternoon and spent the remainder of the day getting our bearings before heading to dinner. We walked by Sally Lunn’s – Bath’s oldest building – and ended up outside Bath Abbey which sits beside the Roman Baths and its famous tearoom, the Pump Room.

We ate at Sotto Sotto, an Italian restaurant I found set up in the caverns below one of Bath’s streets. To cut a long story short, I fell in love with swordfish that night, Happy Birthday was sung in Italian to my mum and we all drank far too much prosecco. I would not hesitate to go back there when I’m next in Bath!
The following morning, we hit the Roman Baths like true tourists. The baths have always been on my list and I’m very happy to finally cross them off! The hot spring was known as Aquae Sulis or “the waters of Sulis” way back then. Sulis was a Celtic goddess and the Romans adopted the name, seeing similarities between her and their own Minerva, goddess of wisdom. There’s a detailed museum attached including translations of curses transcribed onto paper that bathers pushed into crevices around the baths in the hope that Sulis-Minerva would hear them.
The baths have mostly survived to this day and in theory you could go for a dip, but I highly doubt you’d get clean… 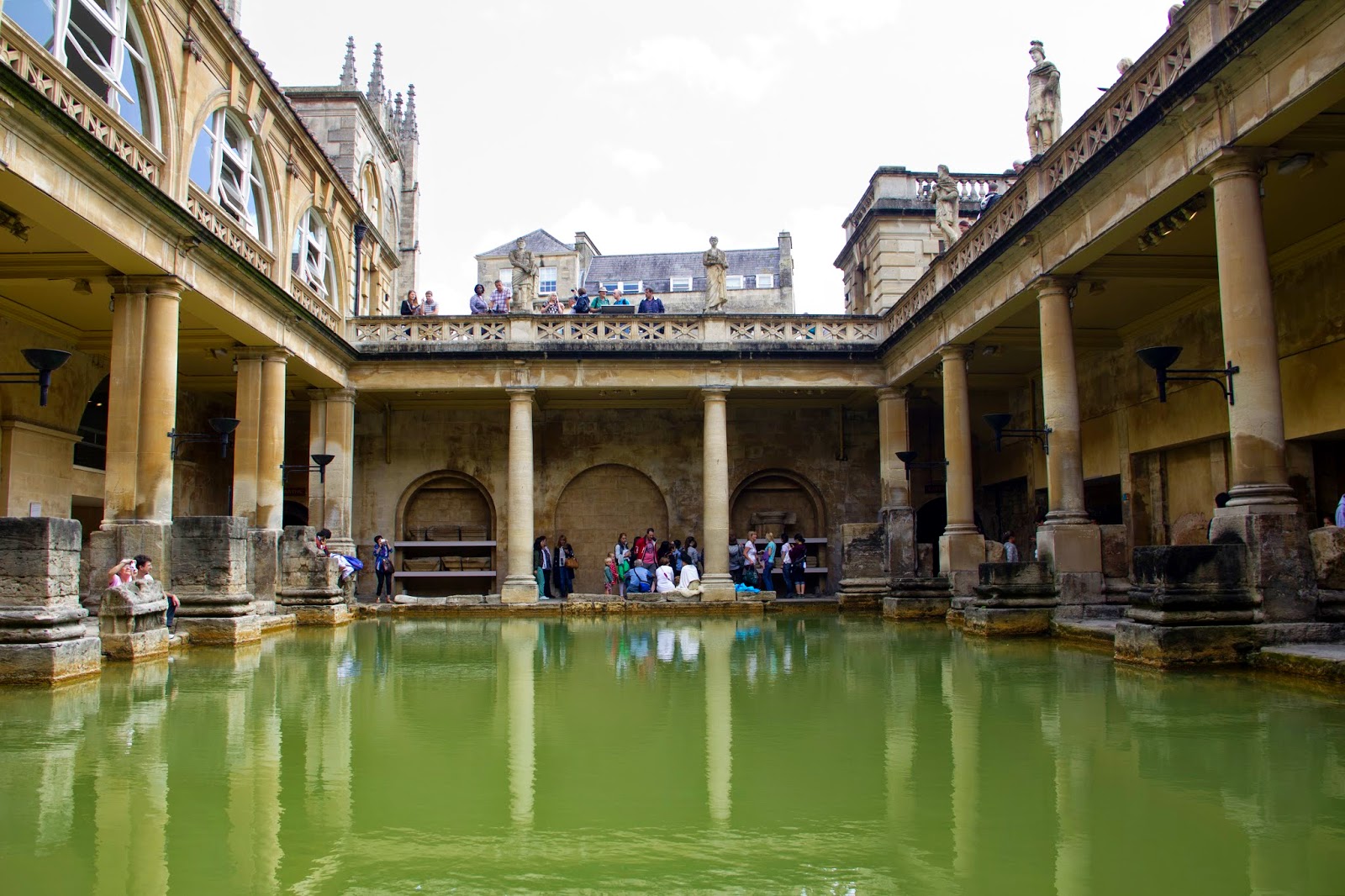 For the Georgians, the baths were renowned for their restorative and therapeutic qualities, hence the development of the Pump Room upstairs. The museum gives you the chance to try the water, which I did… And all I shall say is that I wholeheartedly agree with this quote that was on the wall beside the water fountain.

“Have you drank the waters, Mr. Weller?”…
“I thought as how they wos particulery unpleasant,” replied Sam… “I thought they’d a weiy strong flavour o’ warm flat-irons.”

We poked our heads into the luxurious Pump Room but there was no time to stop for afternoon tea; we had things to see! Sneaking through a busy market hall, we made our way to the Pulteney Bridge – Venetian-style architecture with a whole load of shops across it – one of which was an antique map shop which I (naturally) fell in love with.

Next up was The Royal Crescent!

Now, I had been envisioning what the crescent looked like since I read about it in Jane Austen’s Persuasion. Not wanting to spoil it by Googling, I waited to see it in person and it’s so much bigger than I thought! I had in my head that it would be like London’s many crescents but it’s massive! Not only that, but it overlooks the beautiful Victoria Park and has its own private green. Fancy.
The houses cost a gazillion pounds but let’s not dwell on that.

We also managed to stop in a tea room for a pit stop while we were busy being tourists and on the drive back home, stopped off in Henley-on-Thames; a fine weekend away! Bath is a beautiful city with a busier feel than had I expected. I’m not sure when I’ll there next but if this trip was anything to go by, it will be wonderful!
Bonus candid shot!