My final month out on Vancouver Island!

1st December – Final Care Package
Lindt advent calendar, a scan of some sheet music I used to sing in school when I was five, a nativity jigsaw for “extreme procrastination”, a light up polar bear, Christmas themed earrings and bracelets, and chocolates! A wonderful surprise after a horrifically 48 hours with exams.

3rd December – Christmas Party!
End of classes plus before finals means only one thing…

4th December – Decorations
Victoria was getting even more Christmassy as the days passed. The decorations were much more extravagant than the UK!

5th December – Kindle
Early Christmas present with help from my brother. Nabbed a brilliant bargain using Canadian electronics prices (much cheaper) and Amazon’s Cyber Monday deal! Compared to the price I would be paying in the UK, I basically ended up getting the case for free!

6th December – Reddit Secret Santa
Picked up this card for my secret santa. I wanted to find a Canada-related card and I ended up with one of a moose wrapped in baubles, wishing him a “Merry Christmoose”… Gotta love puns!

Another day devoted to studying so this is friend I made walking home from UVic a few nights ago. I’ve seen more deer on campus than any other wildlife!

9th December – Post-Exam Reward
Seeing as I won’t be around for the 24th door on my advent calendar, I opened it early. Really though, the real treat is never having to think about exogenous orienting systems ever again! Goodbye, cognitive psychology!

10th December – [Christmasing Intensifies]
Back home, there’s always that one house that goes crazy with the lights. Out here, there’s a crazy house on each street…

11th December – Sketching Day
The Forest Spirit from Princess Mononoke, who was sent to my friend in a Christmas card.

12th December – UVic Bookstore
Made excellent use of the UVic Bookstore’s Christmas sale to get some last minute presents before it was time to fly home. Got 30% off for picking a Hershey’s kiss too! Gotta love Canada! 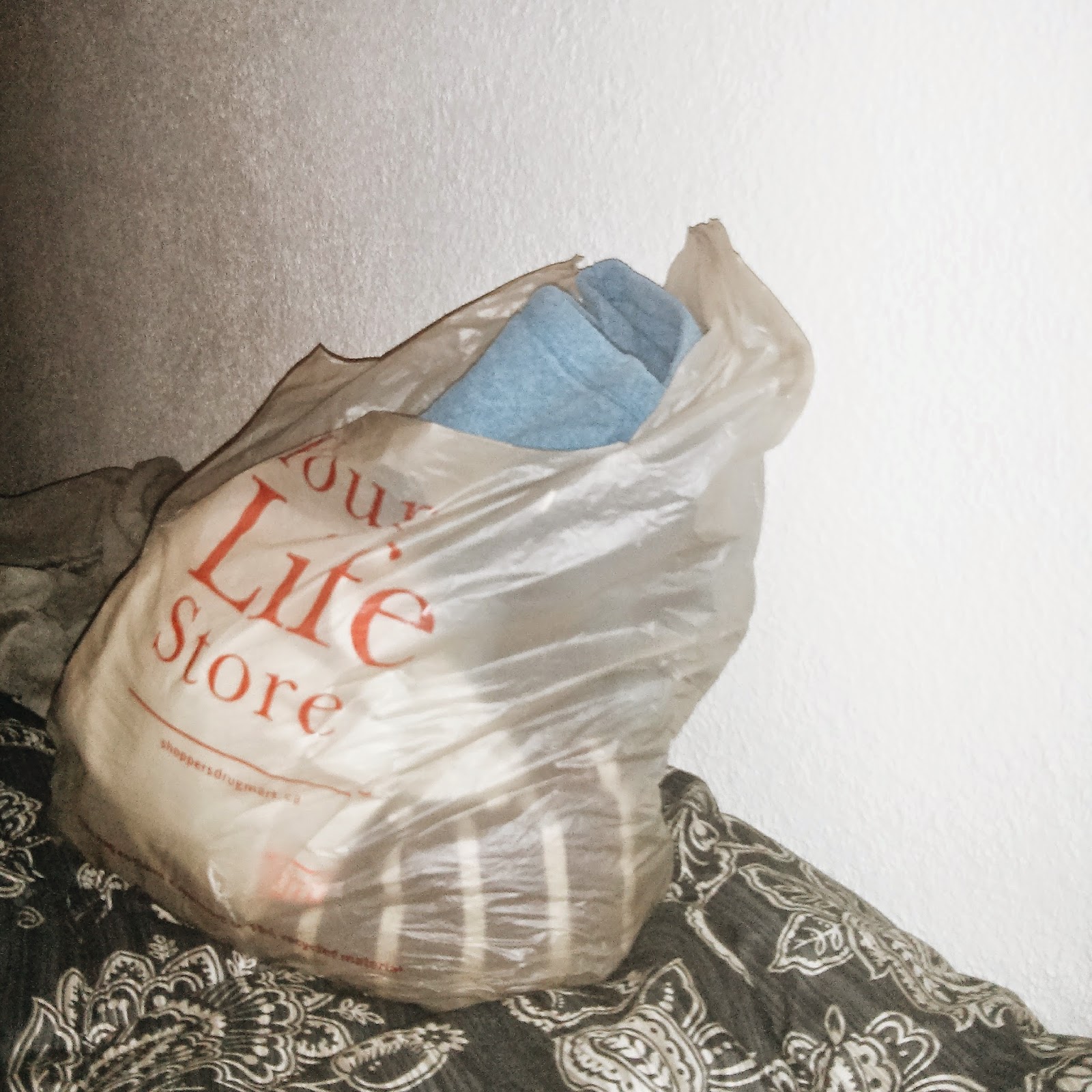 14th December – Winter Sky
I don’t think December ever looks so good back in the UK. The phrase ‘Beautiful BC’ is no joke.

15th December – Boots
I had my eyes on these boots at the local mall all semester. Treated myself as a reward for surviving the stress of the semester.

Third time ice skating in my life and I was still like Bambi! Trust me, you don’t know embarrassment until you’ve attempted to ice skate surrounded by Canadians. It’s like they’re born on ice!

17th December – Royal BC Museum
With very little time left in Victoria, I took a trip to the RBCM to see what it had to offer. With one floor on BC’s natural history (including this very impressive mammoth!) and another on the humans that have lived and continue to live in BC, I learnt an awful lot. Their information and history about the First Nations was especially interesting, as I had been eager to learn more.

18th December – Last Night in Victoria
You would not believe the amount of packing I still had to do at this point.

20th December – Stanley Park Seawall
A rainy weekend exploring Vancouver was a wonderful way to wrap up this semester.

22nd December – Sunrise from YVR
Heading home to Heathrow from Vancouver (via Dallas of all places!)
~

I won’t lie. This semester has been the toughest I’ve ever had to deal with (and I include my time in the International Baccalaureate in that statement!). The work itself hasn’t been a step up but the sheer volume has been almost unbearable. I wrote over 15,000 words in the space of two months and sat 12 exams over the course of this semester. Looking back on it now, from the warmth of my childhood home, I’m struggling to understand how I managed to leave UVic with actually very acceptable grades. My stress levels were so high it’s a wonder I didn’t collapse.

But you can see from my photo diaries that I kept positive! I knew this experience wasn’t going to be a holiday (as much as I would have liked it to have been!) and I knew there would be a lot of hard work. A very important part of coping with the culture shock and trips and assignments was that I didn’t stop to think about it; I just jumped in. I knew I had a limited amount of time in BC and that I needed to make the most of it.

I’ve done an incredible amount of travel and seen some unbelievable sights. I crossed some major players off my bucket list and have learnt so much about myself this semester. It may have been an uphill struggle but I wouldn’t change it for the world.

Capelaw Hill with Arthur's Seat and the Firth of F

Happy half birthday to this good girl 🎉 (Swipe