One of the best parts about being back in Stirling this semester has to be my Animal Behaviour module… and the best part of the module? The all-expenses paid trip to Edinburgh Zoo!

This will mostly be a picture dump post, but we were there officially with a focus on the primates and monkeys. Stirling’s psychology department has strong ties with the chimpanzee troop and Living Links, an area of the zoo that studies the capuchin and squirrel monkeys.

The chimpanzees, I have to admit, were a lot easier to photograph than other troops I’ve seen.

The squirrel monkeys were much more flighty and very difficult to photograph.

Admittedly in love with this shot though…

The capuchins were much better portrait-sitters.

Leaving Living Links, we met the smallest monkeys in the zoo, the Goeldi’s monkey…

And the Pygmy Marmoset…

Second best expression I’ve ever seen on an animal (first is this tapir whose photo took a few years back…).

We then passed the mongoose (mongeese?)…

But eventually made it to the Sumatran tiger enclosure!

Sumatran tigers are critically endangered, which had me wondering if this one was related to the pair at London Zoo.

It was past noon at this point in the day, so we had to race back down the hill for our one ‘official’ appointment.

Not the Scottish wildcats! The pandas!

The zoo’s most popular animal and the only pair in the UK, we got to see Tian Tian and Yang Guang for just fifteen minutes.

Cute as can be, even if they’d eat you if you got close.

A quick stop for lunch and then we watched the penguin parade – a long standing tradition from the 50s when a keeper accidentally left the door open to the penguin enclosure. Some penguins followed the keeper out who was forced to walk them down the road to get them back inside and it was (naturally) a hit with the visitors.

It’s entirely voluntary. The door is left open and the penguins walk out if they feel like it.

But they would run riot.

We left the otters and their bizarre looking neighbour, the cassowary…

To find the pygmy hippos…

And the Malayan Tapir, complete with adorable baby.

I won’t lie, we spent the same amount of time cooing as we did discussing how to pronounce tapir.

The day was getting on, so we went to see the penguins properly. 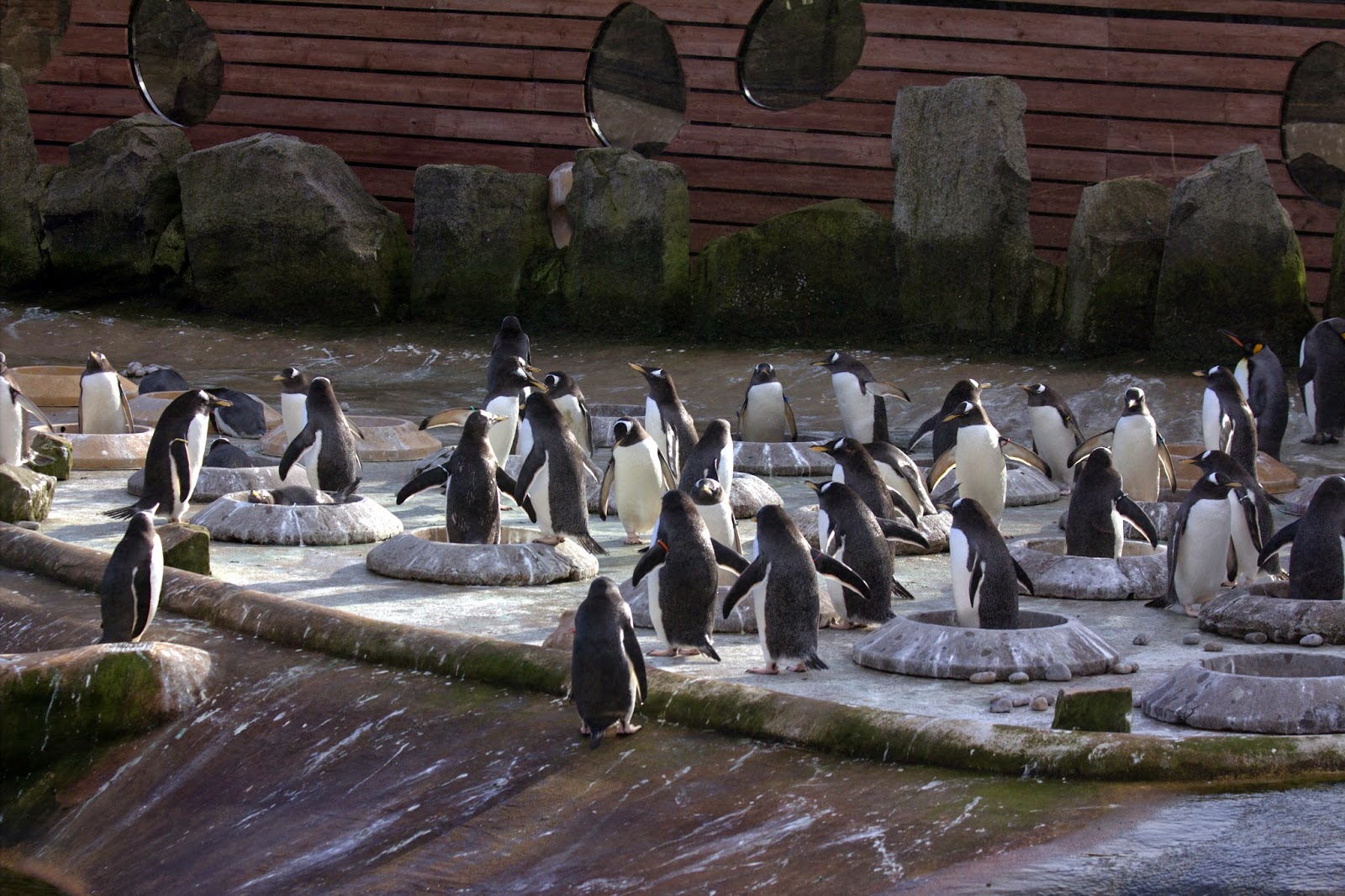 And well, despite what they may look like, they are definitely birds. Look at that ground. 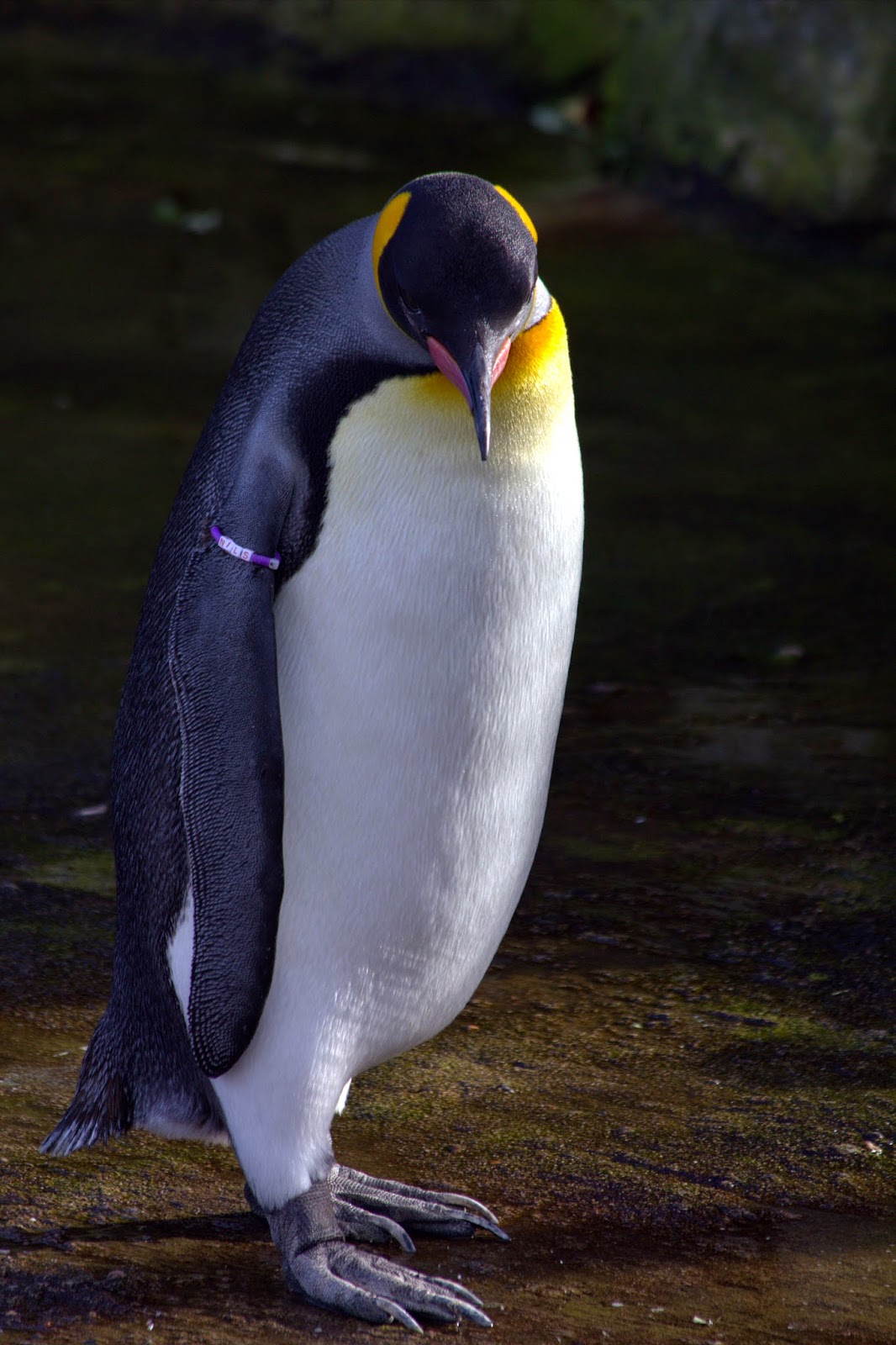 Doesn’t stop them enjoying the diving board though!

Such things are below the majestic sea eagle, however. Scotland’s largest bird has a reputation to uphold.

The day was now getting on and we finally headed to the southern end of the zoo to the animals I was most excited to see.

African wild dogs are some of my all-time favourite animals. They have gorgeous coats, which is how they got their other name, painted dogs.

Sensibly sleeping off the rainy day inside, though. I’m heading back to the zoo in May so hopefully I’ll get some more active shots then!

Heading towards the exit, we threw one quick wave to the pelicans…

And last but not least, the meerkats!

Edinburgh Zoo was a fantastic day out and a brilliant excuse to use my 70-300mm telephoto lens. I can’t wait to head back and practice more wildlife photography!